Is Your Insurance Company One of the Worst in America? 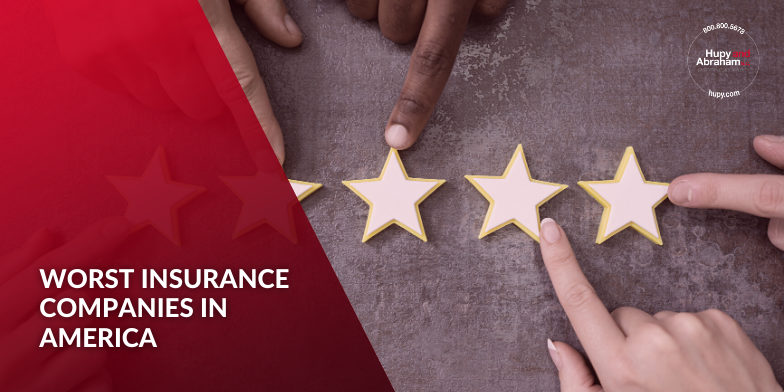 Insurance companies want to make money by paying out less in settlements than they take in from premiums. Sometimes, insurance adjusters try to get people injured in motor vehicle crashes to settle their claims for less than they deserve. They hope that people will decide it's not worth the effort to pursue a fair recovery, but our car accident lawyers want you to know the truth.

Among the top 10 insurance companies in the country, Value Penguin reported that the most common complaints were as follows:

Which Insurance Company Is the Worst?

That depends on where you live and what factors you consider.

Illinois and Wisconsin are in the North Central region. In 2020, the five lowest scoring in this region included:

Claim handling was the most common complaint for all four of the top American insurance companies. Specifically, Value Penguin reports that claim handling made up:

Insurance companies in Wisconsin, Iowa, and Illinois know that our car accident lawyers mean business. If they are unwilling to provide fair settlements, then we will not hesitate to go to court to protect your rights. Often, insurers want to avoid the uncertainty and risk of trial and are willing to settle our clients' claims. However, if they decide to delay, deny, or offer you less than your claim is worth, then we will pursue your case in court.

Learn more about how to get the recovery you deserve from an insurance company by contacting the experienced car accident lawyers of Hupy and Abraham for a free, no-obligation consultation. We would be happy to meet with you in any of our 11 Midwest offices throughout Illinois, Iowa, and Wisconsin, a place convenient for you, or by phone or video conference.

Is Your Insurance Company One of the Worst in America?
What Happens When Teens Suffer Traumatic Brain Injuries
Important Information for Intracranial Hematoma Sufferers in Wisconsin
Can You Legally Break a Window to Save a Dog?
POLL: How Safe is the New Milwaukee Streetcar?
Types of Injuries That May Be Suffered in Wisconsin Accidents
What Happens After an Amputation Injury
Win or it is Free Guarantee